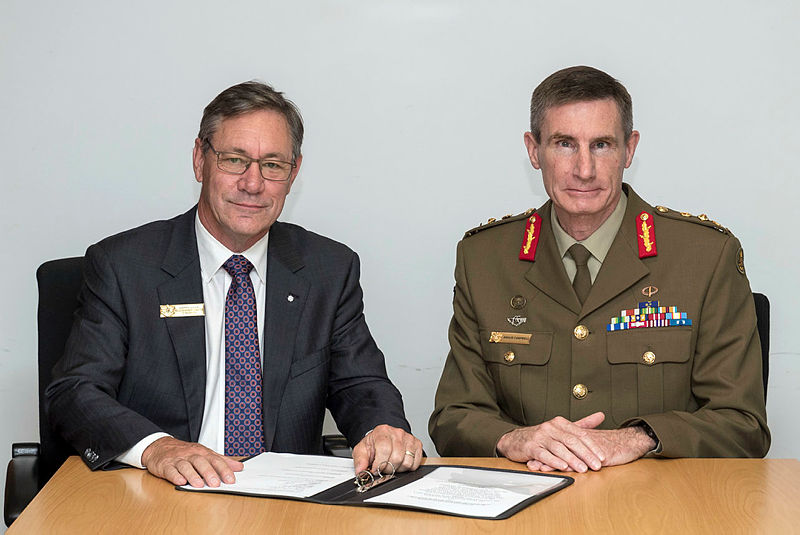 The Australian Defence Force (ADF) has entered a new Agreement with the major religious groups in Australia with Chief of the Defence Force (CDF) signing the new Memorandum of Arrangements (MOA) on 5 December 2018. The new MOA was developed to meet the evolving diversity of the ADF population and the different faith and religious needs.

The ADF has maintained a relationship with Religious Institutions since the early 1900’s. In 1981, the ADF established the Religious Advisory Committee to the Services (RACS) providing guidance and advice for ADF members and its leadership on religion, religious practices and spirituality.

The new agreement recognises that the religious, spiritual and pastoral needs of all Australian Defence Force (ADF) members is a matter of the highest importance and demonstrates Defence’s continued commitment to ensuring provision is made for all ADF members of all religious groups to practice their faith.

RACS recognises the military environment within which ADF members are employed. It is essential for capability that Defence is able to meet the spiritual and religious needs of all its members, RACS enables this capability building through the ongoing and collaborative engagement between Defence and RACS. RACS ensures recruitment of suitable religious ministers to serve as Defence chaplains and chaplaincy represents the broad scope of religious denominations of ADF members.

The new MOA details the foundation for the work of RACS for the future. Early in 2019, ADF will also welcome into its membership representatives from the Muslim, Sikh, Hindu and Buddhist faiths.