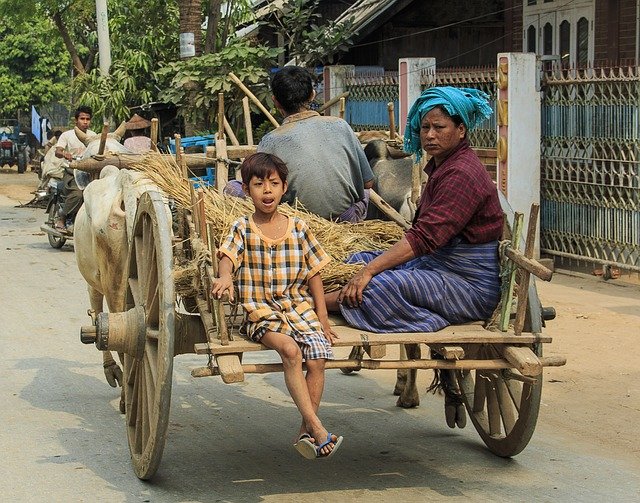 Baptist leaders have expressed grave concern at the Abbott Government’s decision to cut Australia’s foreign aid spending by $7.6 billion in the five years to 2017-18.

“In his budget speech, Mr Hockey said the government’s economic action plan entailed spending less on consumption and more on investment so his government could keep making decent, compassionate choices. Yet the savage cuts to foreign aid announced in the 2014 budget will have precisely the opposite effect, especially in some of the poorest communities in the Asia-Pacific region,” Director of National Ministries for Australian Baptist Ministries, the Reverend Keith Jobberns, said.

“We can and should be doing more, not less, as a nation for the marginalised and vulnerable across the world.  It should be one of our core values.  I know that this view resonates strongly among members of the Baptist movement in Australia,” Reverend Jobberns said.

In his 2014–15 budget speech, Federal Treasurer Joe Hockey said the Abbott Government would no longer target an increase of overseas development aid to 0.5 per cent of Gross National Income.

Australia’s foreign aid is projected to fall from 32 cents in every $100 dollars of gross national income this year to only 29 cents in every $100 by 2017–18 (0.29% GNI). Two out of three of the world’s poor live in the Asia-Pacific region, and there are some 30,000 Baptist churches in the region. Baptists in Australia expect much more from our political leaders in terms of care for the poor and support for targeted regional development.

“The principle of selfless compassion for those in need, so well demonstrated by the biblical parable of the Good Samaritan, needs to be championed by federal economic policy. We are part of Asia, and there are implications for regional security as well as welfare and development assistance,” President of the Asia Pacific Baptist Federation, the Reverend Dr Ross Clifford, said.

Baptist World Aid Australia CEO John Hickey expressed concern about the principles behind the budget announcement and the message it sent to the world about Australia’s attitude to those less fortunate.

“The biggest concern for me is that the whole sense of taking moral leadership and responsibility as a wealthy privileged nation, guided by compassion and desire for enduring change for the most vulnerable, seems to no longer be factored in as core principles motivating our government’s commitment to foreign aid,” Mr Hickey said.

“I totally support strong governance, accountability, and effectiveness in what we do, but I don’t want to see aid treated as a major balancing item in the budget,” he said.