Faith can help us lay our ghosts to rest 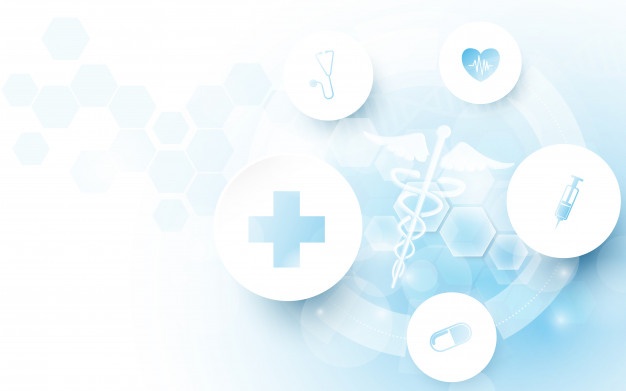 All doctors have to face difficult choices in their careers – but there are about to be a lot more to make than usual.

It’s been a long time since I worked in clinical medicine, but like all doctors, I have memories of hard decisions. Taking a young woman off a ventilator, knowing she would die – but also knowing that keeping her on it was just drawing out her dying, not helping her to live.

But the haunting images from Italy and Spain, and now New York, are different. These aren’t pictures of doctors making decisions about withdrawing or withholding futile treatment. These are scenes of doctors choosing between people, all of whom might benefit, but only one of whom can be treated. The others will probably die.

How do we deal with such choices? Many of us are going to have to work that out in this time of coronavirus. Doctors, nurses, but also politicians, economists, and employers face looming, excruciating choices. Do I lay off this worker, knowing she’ll struggle to pay the rent? Do I close the schools, knowing that hospital workers and transport drivers won’t be able to go to work? How much money can we spend to prop up a hibernating economy?

These aren’t wrong or immoral decisions. They are forced decisions in extreme circumstances. But I don’t think that we’re well-equipped to live with the spectre of these choices – to bury these ghosts, let alone live with them haunting our memory.

Now might be the time to learn some lessons on how to lay our ghosts to rest.

The first lesson is a simple reality check. Death will come for us all, sooner or later. We’ll run out of options. Like the young woman I treated long ago in ICU, there will be no good choice left, be it for us or someone we love. Tragedy is inevitable. We are frail, finite, mortal creatures. Bracing, but true. Surely now’s the time to remember that?

The second is that we need to learn to mourn. To name the ghosts of forced decisions and associated guilt, regret, and second-guessing. We weep for those we could not save. We raise our voices with those who don’t know how they’re going to look after the kids. And when we do, we might find that we are not alone, and nor are they. Good grief, while painful, can achieve that.

The third lesson might be the most unfamiliar and confronting. Sometimes I should be blamed. I have done things I should regret; there is true as well as false guilt. I should have known better – there were facts that could have shed new light and made a better decision possible. I should have done better – my decision was tainted by prejudice, or self-interest, or laziness. And nothing I can do can change that. These are the ghosts that are hardest to lay to rest.

I have some of my own. My brother’s ghost is one of them. When we were growing up, he suffered a traumatic brain injury. He lost memory, and his razor-sharp intelligence. His lungs were never the same. He required so much care. And I resented it, and him. Impatience at his slowness to learn, or even remember. Bitterness at the ways I had to care for him. Twice-daily chest physio, rather than playing with my friends. Alisdair felt the sting of my resentment until the day of his untimely death. I can’t change that.

I have found that ghosts like these are very hard to lay to rest. It’s been the resources of faith that have given me freedom from my guilt.

For there is turning, and there is grace. We can acknowledge our failure – and acknowledge it as a moral failure. Mine was not just a human failing, but a character flaw, a wrong done to a vulnerable boy, my brother. Turning to face it in truth – the old word is confession – brings it to light. And my experience has been that most ghosts flee the light. And such turning opens us to the possibility of grace – another old word. An unmerited favour, a release from a burden we otherwise need to bear, and bear alone. I know that release.

Mine came from an old, old story that tells of a man who bore a burden for us, and bears it with us, and invites us to freedom. Not a freedom from tragedy – the story of Jesus is, in many ways, a tragic one. But it’s one that enables us to face the prospect of tragedy with courage. We can mourn the past – at times loud and long – but not despair. For we know a grace with the power to lay old ghosts finally to rest.

Dr Andrew Sloane is a senior lecturer in Old Testament and Christian Thought at Morling College and an associate of the Centre for Public Christianity. This article first appears in the Canberra Times April 11 2020